This website is mostly a collection of fishing photos taken on vacations over the past few years. I truly consider myself fortunate to have seen so many beautiful places and fished with such great people. 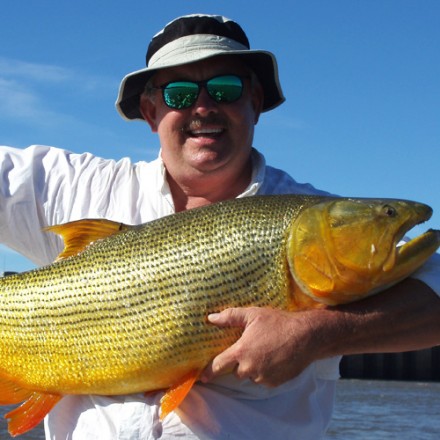 I like so many people truly enjoy fishing. It is a sport that rewards in many ways. I enjoy all types of fishing and truly enjoy learning new ways to catch fish. For the most part I practice “catch and release” 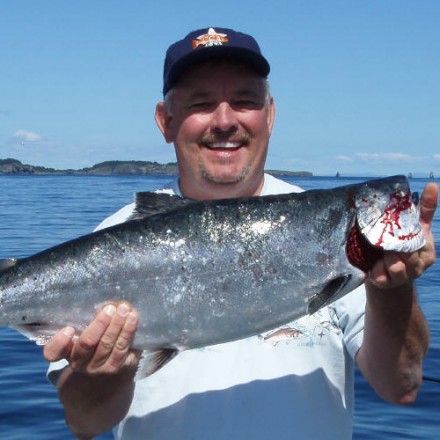 After good health other great things in life are Friends, Fishing and Travel. I am truly thankful for the good friends I have fished with over the years. 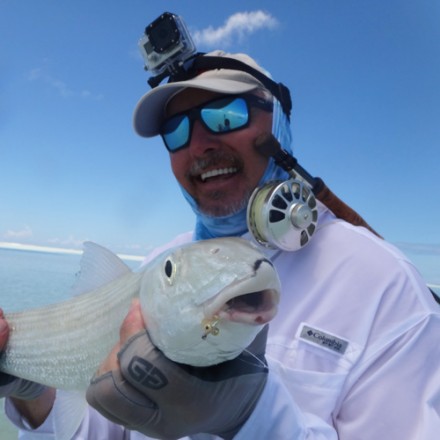 I have enjoyed many wonderful and exotic fishing adventures with true fishing buddies over these many years. I am currently working on adding recent trips to Africa and the Indian Ocean. So please check back soon. 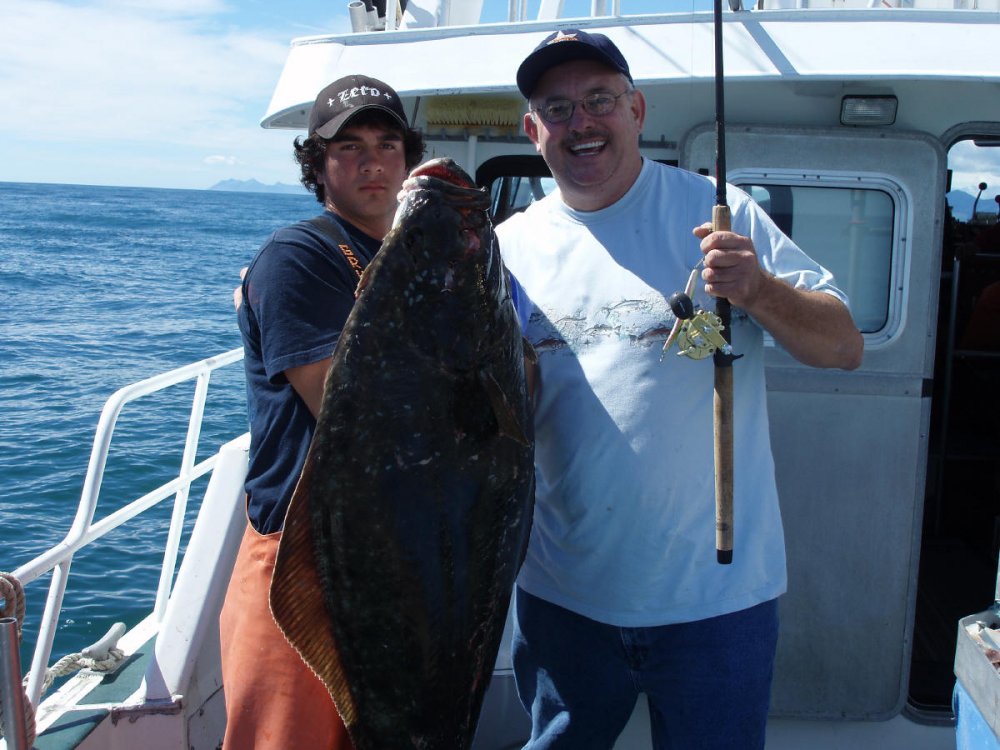 This is a photo collection of an especially enjoyable fishing trip with friends Carl Patter, Paul Kelly, Tom Slack and Bob Kurtz

We enjoyed offshore fishing with Happy Hooker Charters also fly fishing the Salmon filled creeks and streams along the road system. We spent one exciting day driving 4 wheelers to the other side of the island to fish Saltry Creek for Sockeye (Red) Salmon. 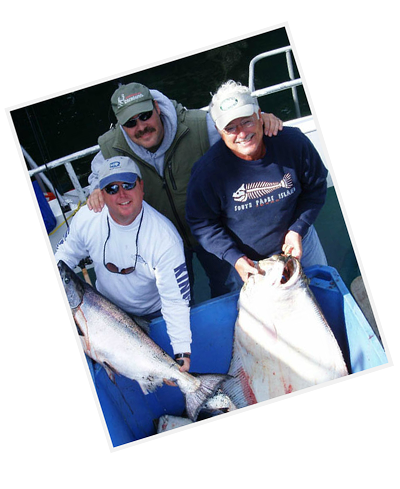 View all Albums at Frank A. Yerich's Blog

I am truly fortunate to have traveled to so many beautiful places and fished them with such great people. 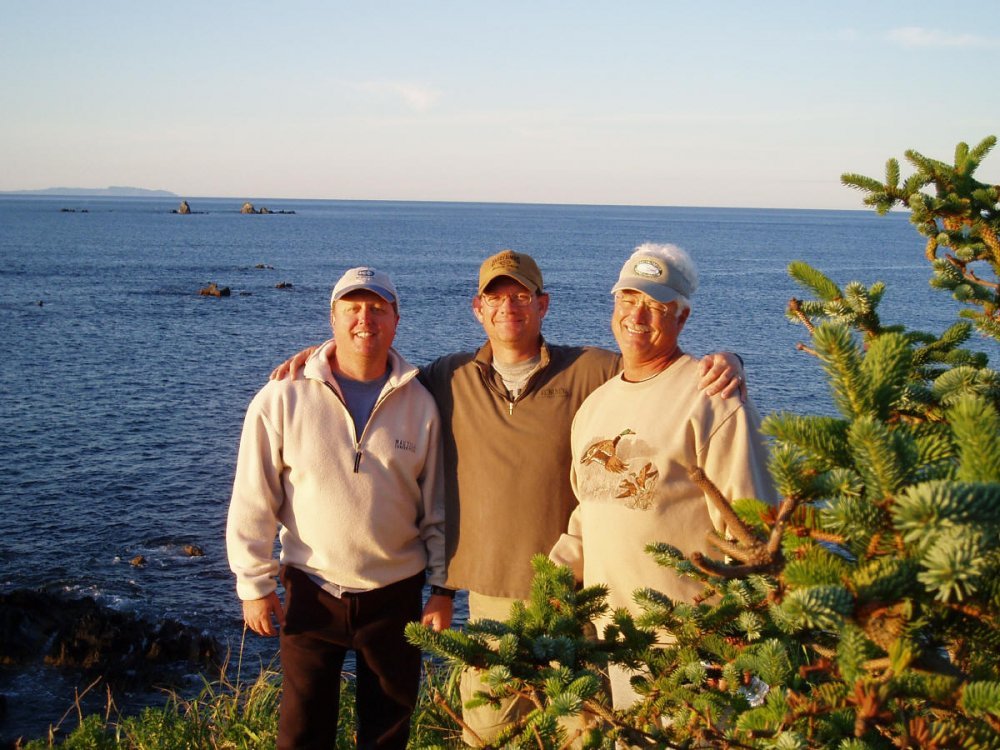 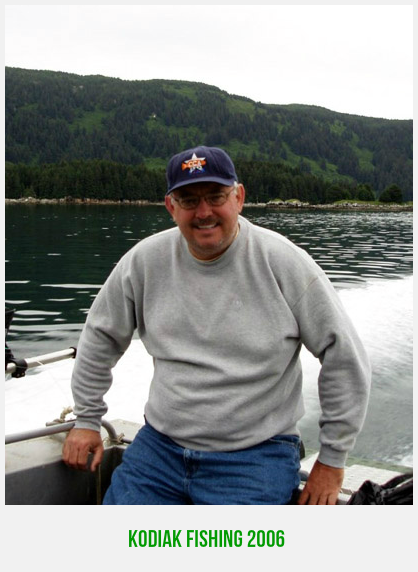 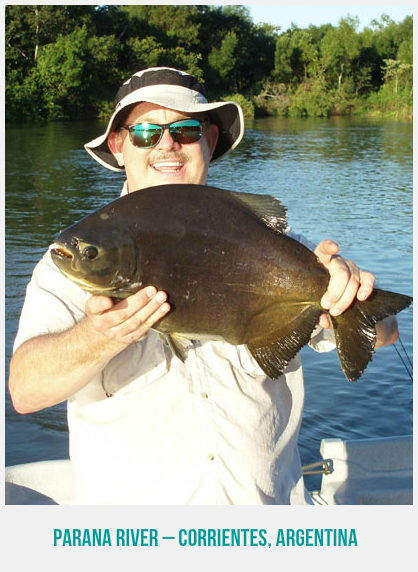 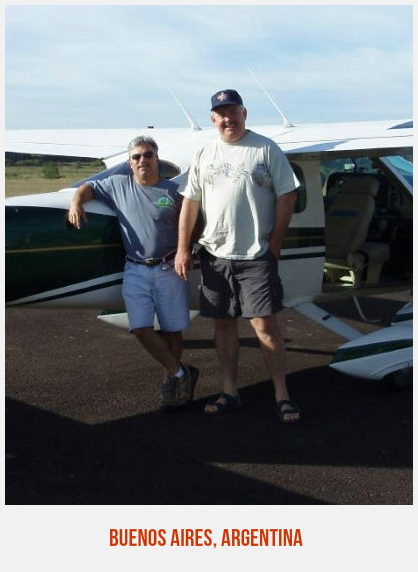 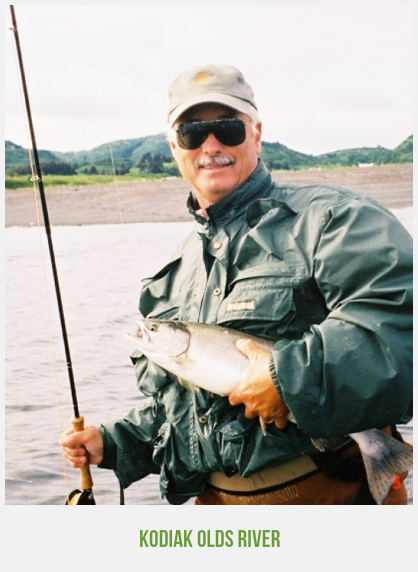 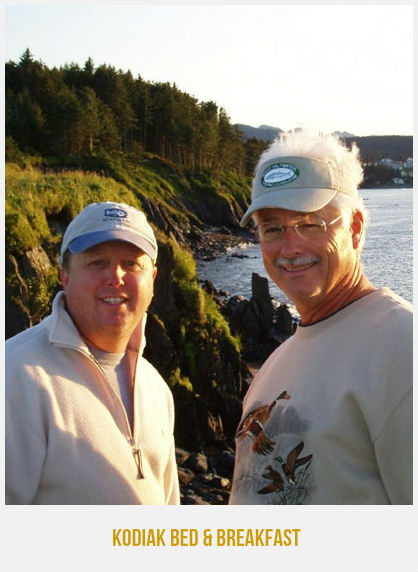 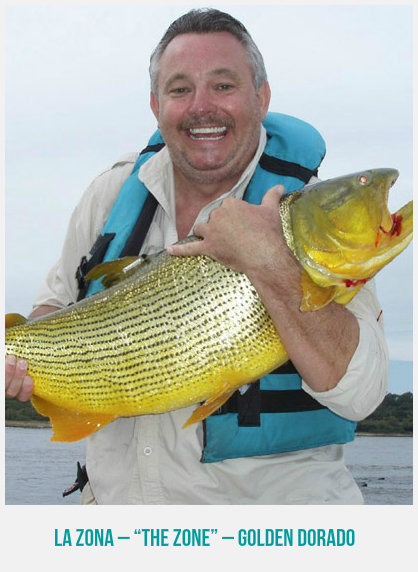 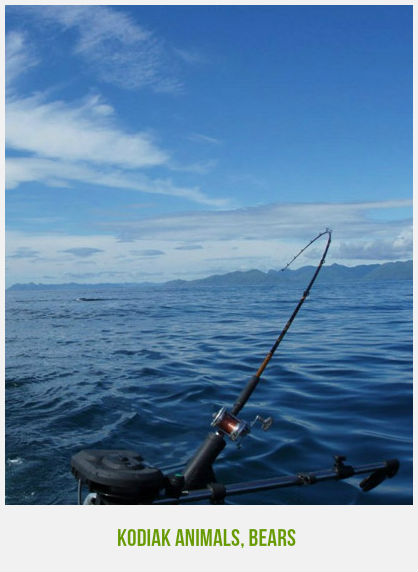 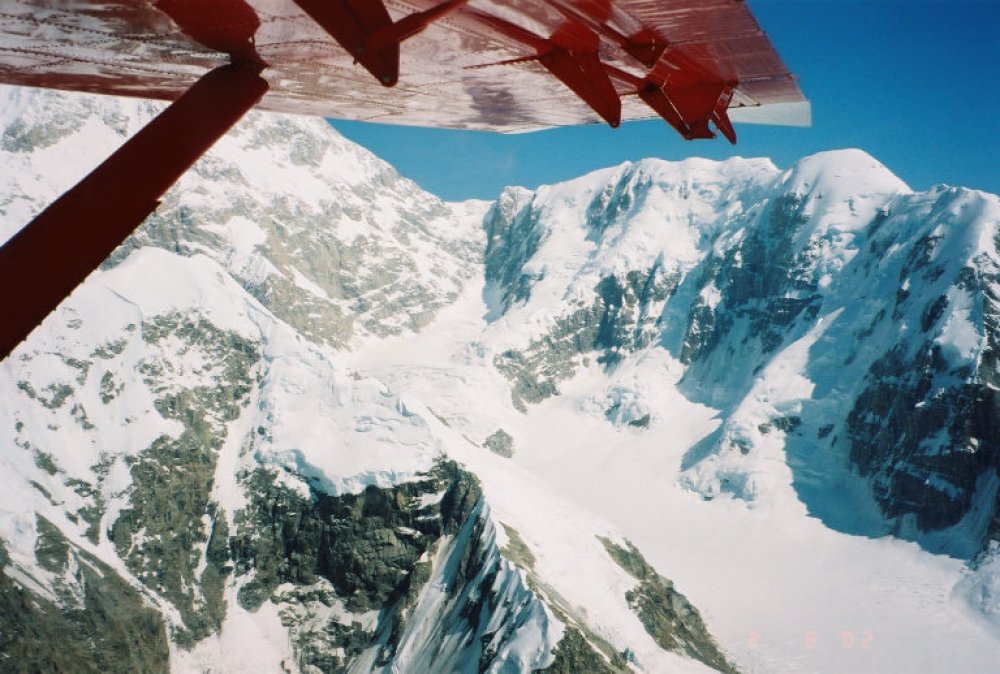 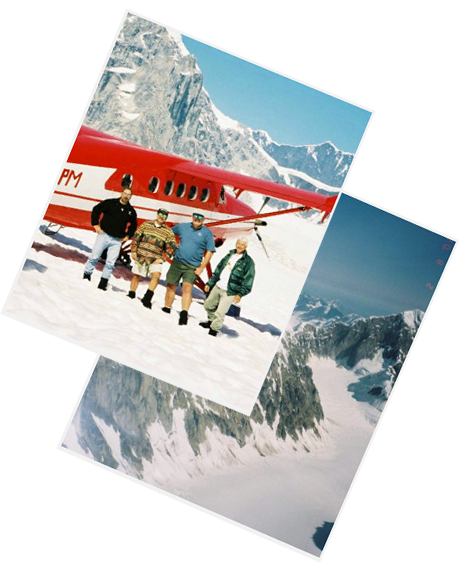 On August 1, 2002 Mark Anselmo, Carl Potter and I left the 100+ Houston temperature to arrived in beautiful, cool Anchorage, Alaska.

Later that evening George Large arrived. Early the next morning we loaded up our rental van and drove 3 hours to the small town of Talkeetna. We chartered a sight seeing plane with K2 Aviation and flew through Denali National Park and up to the top of Mt. McKinley, 20,300ft. That is the highest point in North America. It was a very special incredibly clear day. The pilot landed the plane on a glacier and we all got out and played in the snow. What a treat! 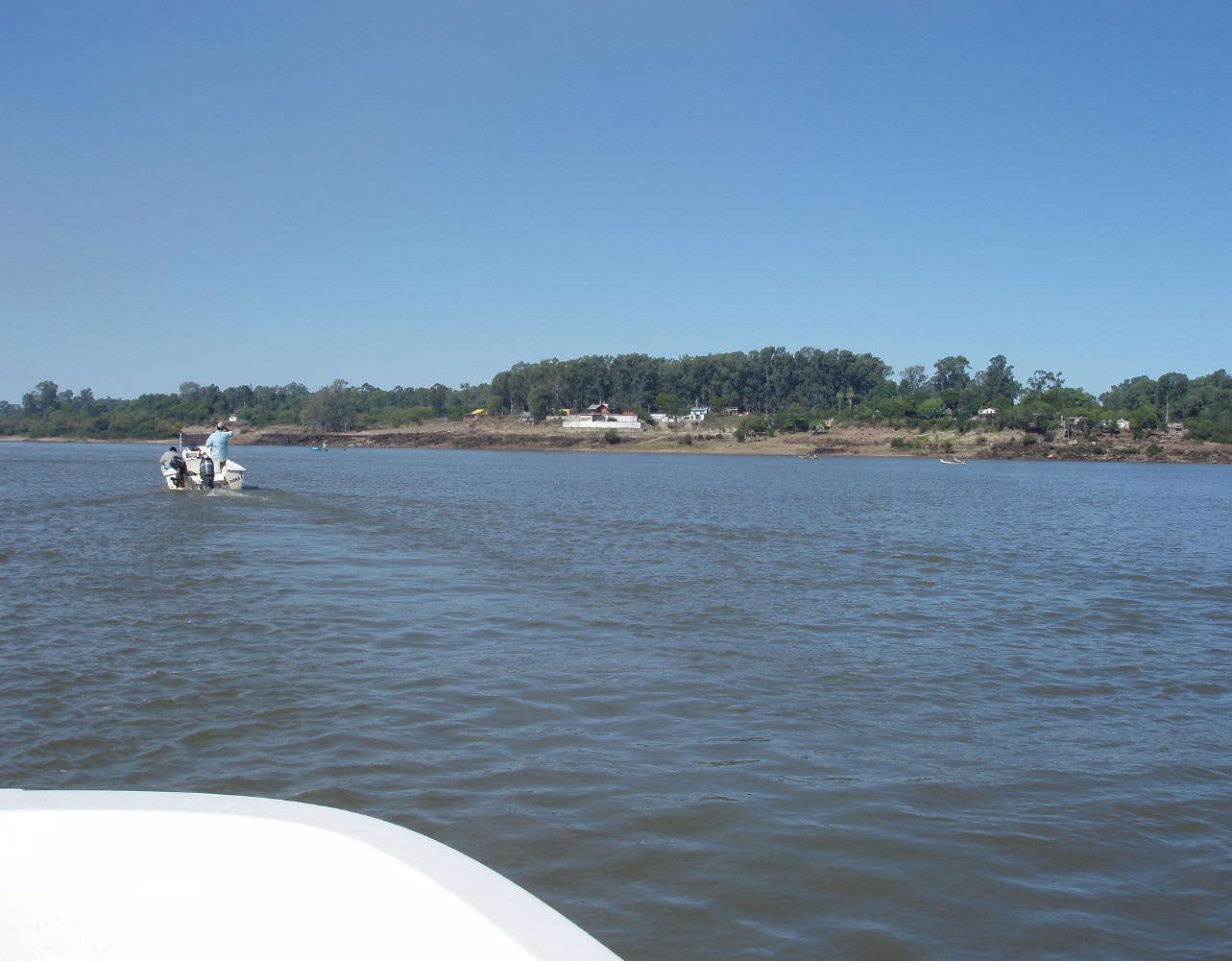 La Zona is “The home of the Monsters” It is the prime feeding grounds for the largest Golden Dorado on earth. As a newly opened and very exclusive fishery special permits have been granted to a single fishing operation allowing them to bring in up to 4 anglers, on two small boats, into this once restricted area.

La Zona means “The Zone” It is a fisherman’s ultimate dream destination. It is located just below a dam on the Uruguay River that separates Uruguay and Argentina. At first glance, looking down from the plane, it looked way too small an area to fish for 4 full days. Boy was I ever wrong. This unique stretch of water holds the largest population of the biggest and meanest Golden Dorado man has ever seen. For months ahead of time George Large and I anticipated and prepared for our battle with these brutes. On the first day of fishing I boated my largest Dorado that weighed 42 lbs…